Discover the charm of Valloire

and our hotel in the heart of Les Verneys 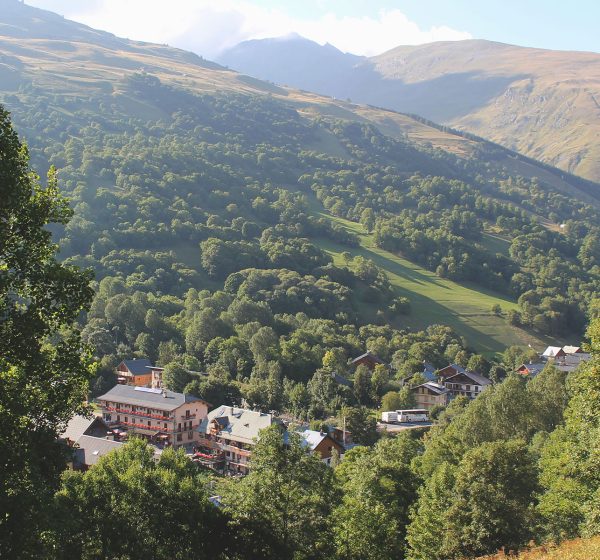 Occupied by a glacier until the end of the Palaeolithic period, the upper Valloire valley was soon inhabited by man. Thanks to the fertility of its soil and the abundant presence of wood and minerals, the first inhabitants settled there around 1200 B.C. But it was not until the Middle Ages that Valloire established itself as a key location between the Maurienne and Dauphiné regions, in particular with the construction of the Saint-Pierre castle on the rock facing the hotel. Until 1630, the population never stopped growing and reached its peak in that year with almost 3500 permanent inhabitants, which made it the most populated commune in the valley.

The village, whose economy was essentially based on agriculture, was visited by a few summer travellers from the middle of the 19th century and was also popularised by the Tour de France in 1911. The most marked turn towards tourism occurred towards the end of the 1930s.

Following the launch of the resort on the initiative of the French Alpine Club, Valloire established itself as a first class winter sports village. In 1937, the first ski lift was built, the Épinette lift, one of whose pylons can still be seen. After the Second World War, development work intensified and many other ski lifts were built, such as the Sétaz cable car in 1948 and the Crêt Rond cable car in 1952. Finally, in the middle of the 2000s, the resorts of Valloire and Valmeinier decided to merge their ski areas to offer snow sports enthusiasts a larger playground.

Today, Valloire has retained its charm of yesteryear and its idyllic mountain environment is an inexhaustible source of seduction. 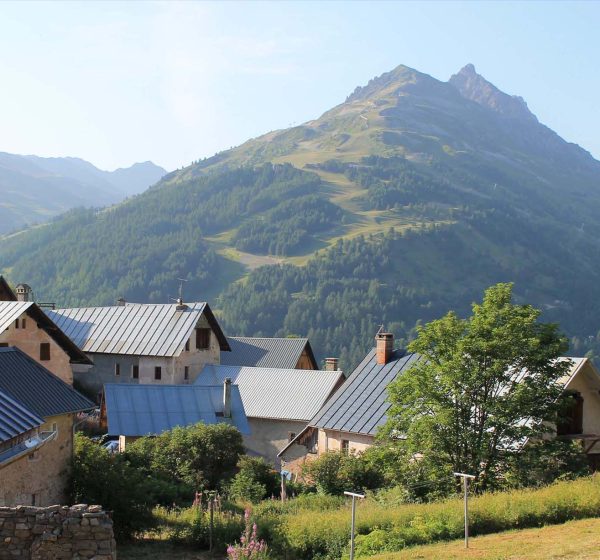 You can reach the heart of the resort in a few minutes on foot from the Hotel du Crêt Rond via pleasant footpaths and discover a rich heritage.

Visit one of the most sumptuous baroque monuments in Savoy, the church of Notre-Dame de l'Assomption. Built between 1630 and 1682, it has a richly decorated vault and an altarpiece from 1673. Heritage enthusiasts will also appreciate the perched hamlet of Poingt-Ravier whose chapel faces some of the hotel's rooms. This well-preserved village and its surroundings still bear witness to pastoral lifestyles that are no longer practiced. 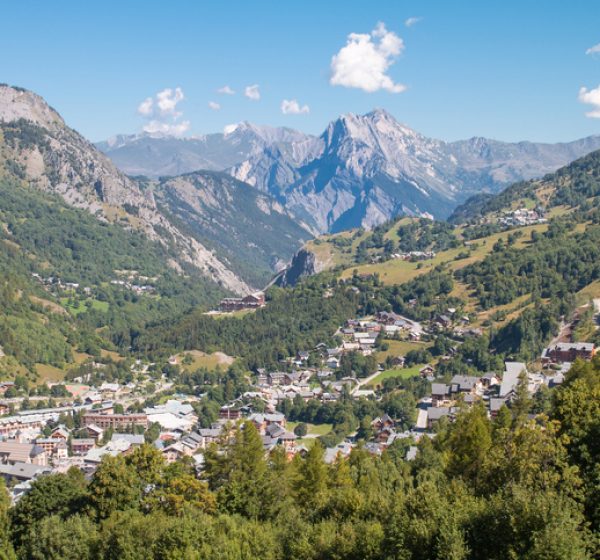 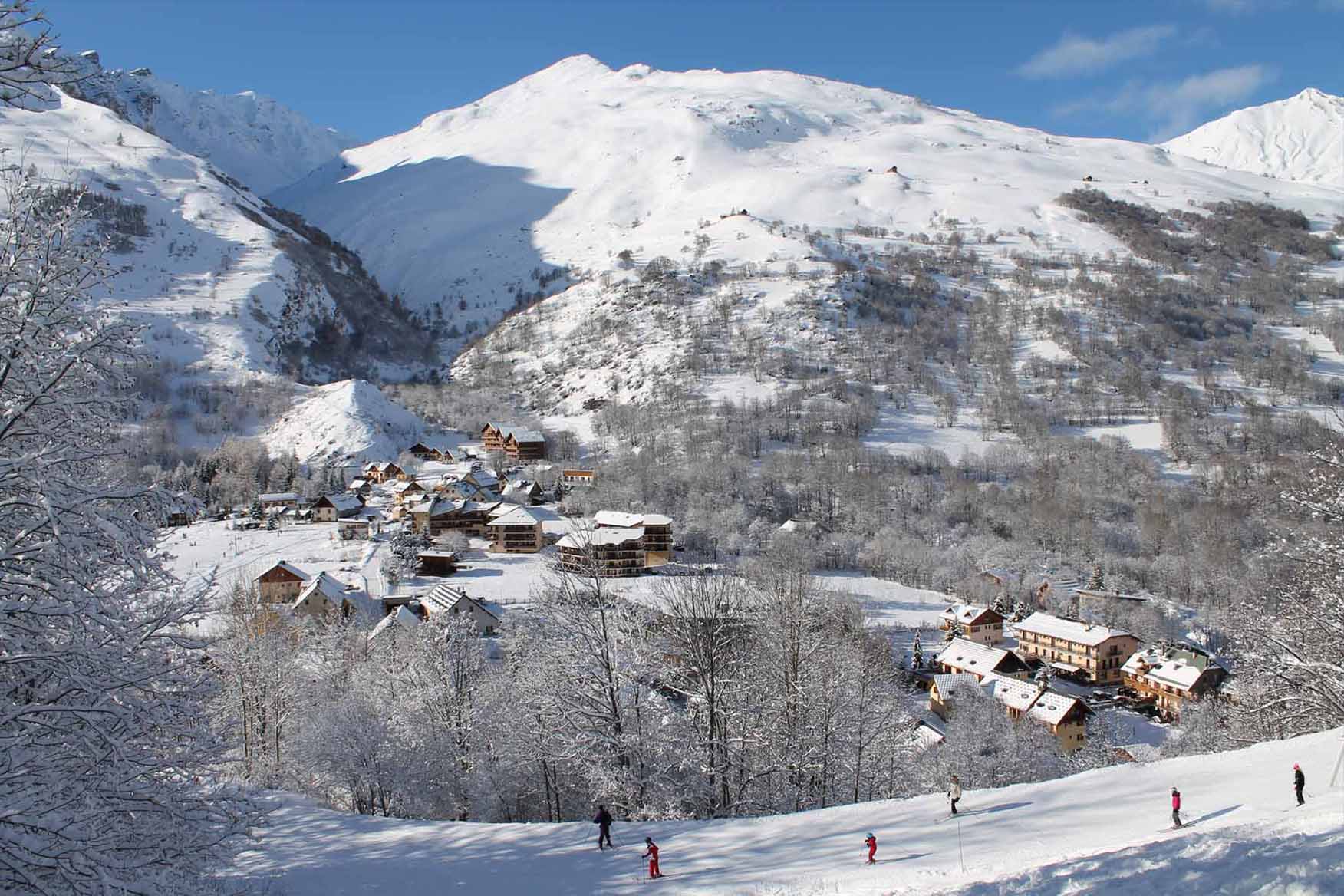 Enjoying the great and gentle mountains 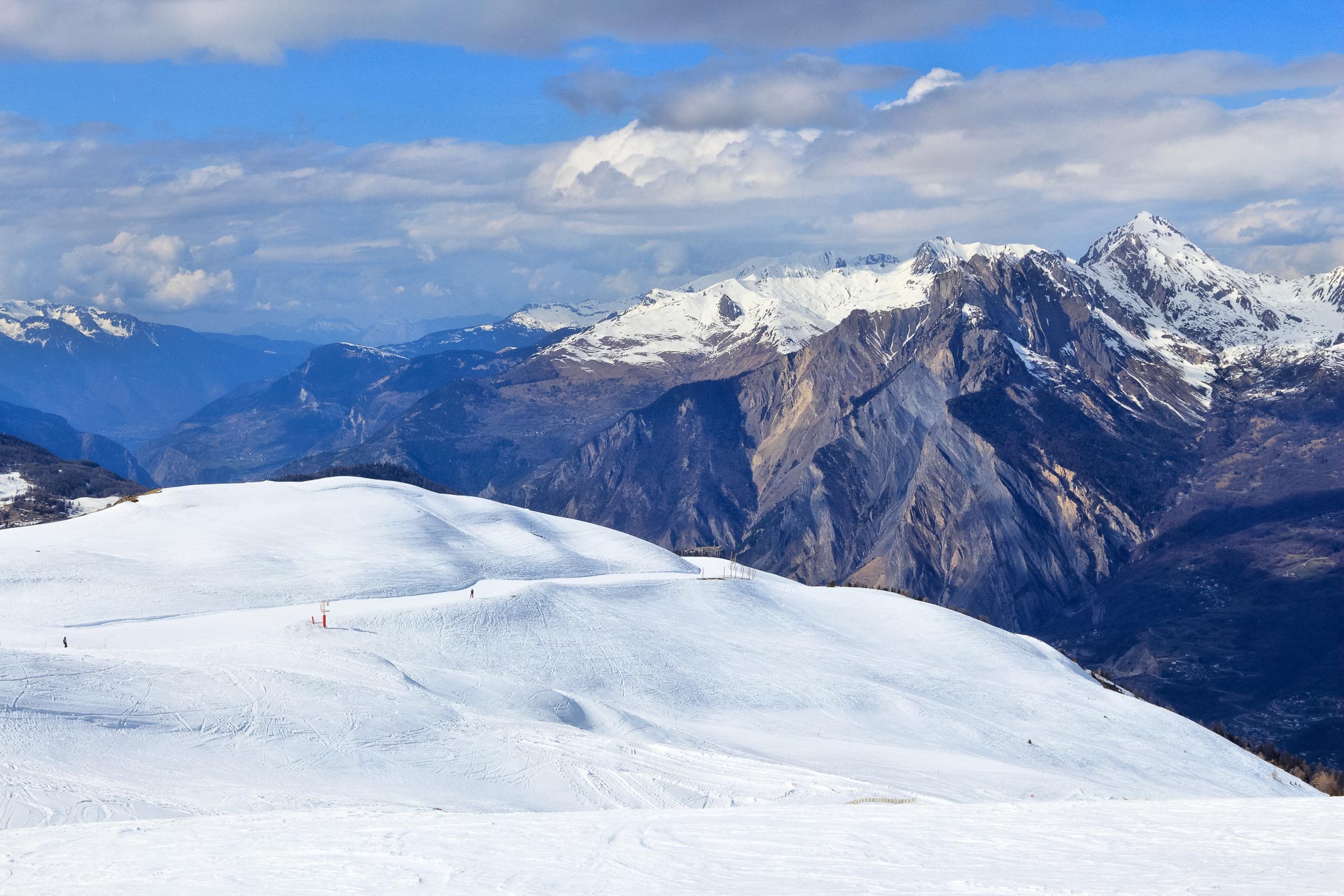 The full range of sensations in Valloire in winter 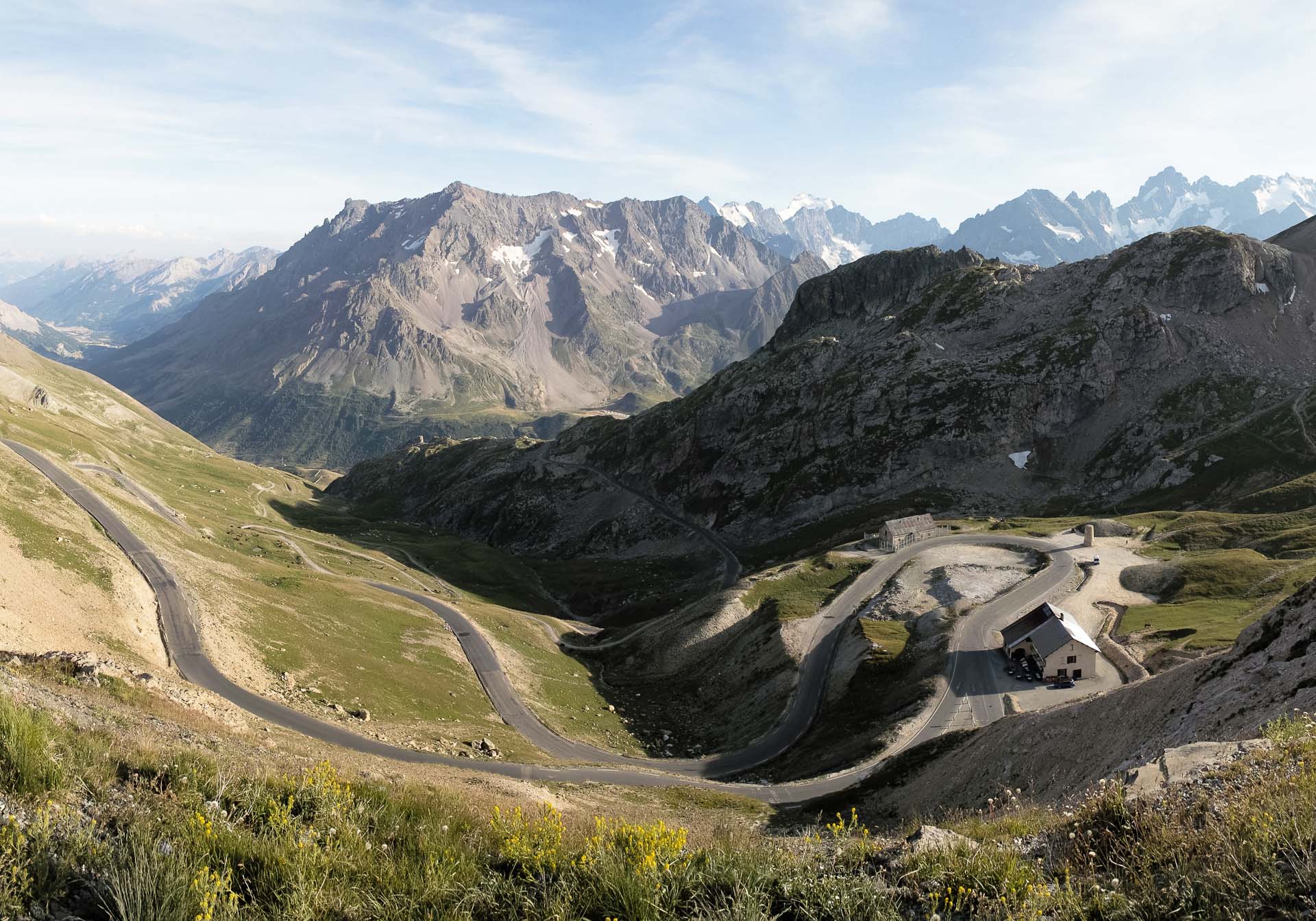 Through the village of Valloire 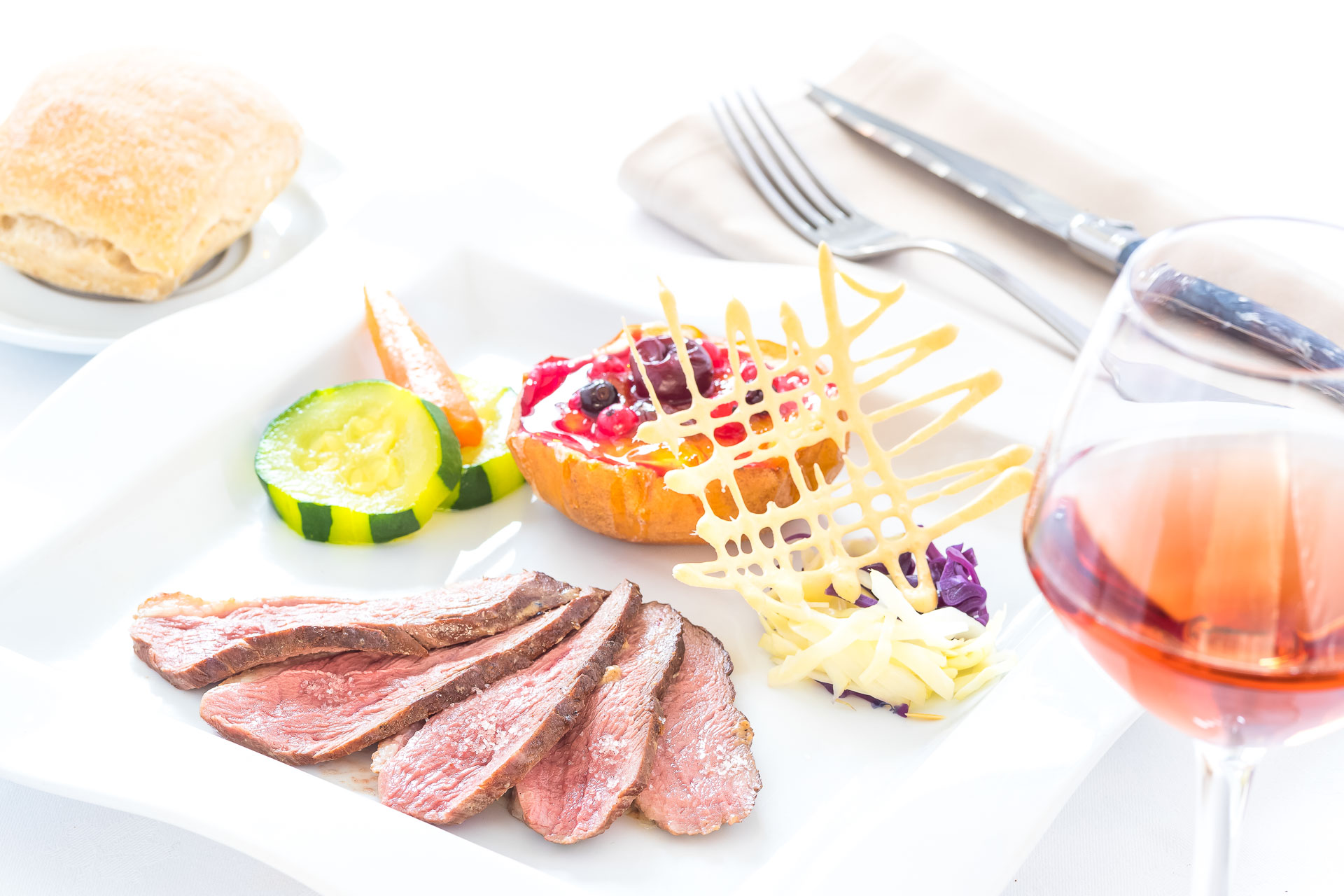 The full range of regional flavours 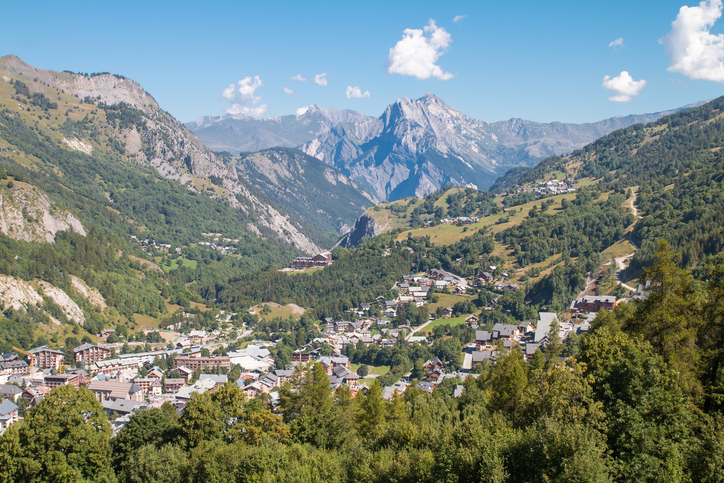 At the foot of the Galibier to explore the mountains

The Galibier Thabor domain from Valloire

The mythical pass near our hotel